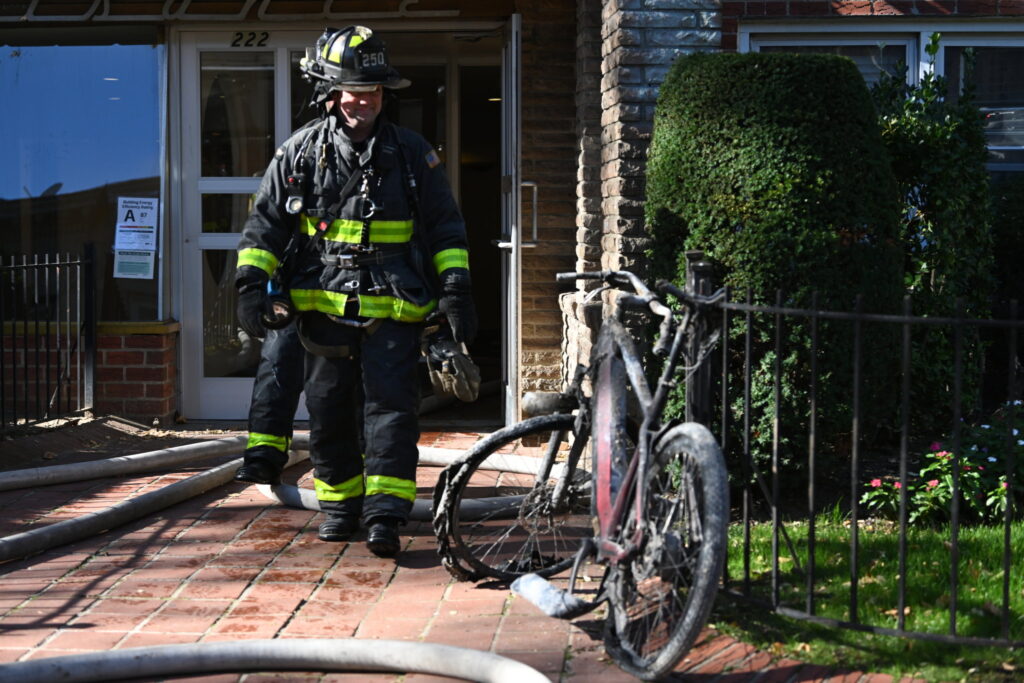 The e-bike industry and its trade associations are often quoted as saying e-bike fires are “a rare occurrence” or have gone so far as to point fingers at other industries. These organizations are more apt to use the sanitized phrase “a runaway thermal event” that is code for “the bike’s battery blew up in flames.” The list of e-bike factories, retailers and owners who have experienced meltdowns is indeed a small percentage of total e-bike factories, retailers and owners. That shouldn’t make you feel a lot better if you have an e-bike charging in your garage (or home or apartment).

Below our list of reported e-bike fires are common sense precautions an e-bike owner needs to adopt to reduce the chance of a fire and to limit the damage if a fire occurs. I urge every e-bike owner to read these suggestions and implement as many of them as possible. Finally, NEVER buy an e-bike that isn’t UL 2849 certified (or certified by an established third-party laboratory) no matter how good of a deal you think you are getting.

UPDATED 7/21/22: Three, Including Firefighter, Hospitalized Due to E-bike Battery Fire.

UPDATED 2/10/22: House Fire Started By Exploding E-Bike Battery. (Note: It is not clear from the story if this is an electric-powered scooter or e-bike fire, but the same precautions apply when charging any electric-powered cycle.)

UPDATED 11/1/21: Everyone Thought The Warehouse Was Abandoned. Then It Caught Fire. (This story is about a lithium battery fire, not an e-bike fire)

UPDATED 9/2/21: Nine-year-old dies in fire caused by charging e-scooter. Note: I usually limit my postings to e-bike fires, but since there is so much e-bike owners can learn from this tragedy, I have posted it.

UPDATE 9/1/21: E-bike burns on the streets of New York while firefighters attempt to extinguish

UPDATE 8/4/21: The fire brigade believes the fire due to lithium-ion battery pack for an electric bicycle.

UPDATE 8/18/19: A sad story from CBS8 reports that Ocean Beach surfboard shaper Ace Elliot has lost his workshop to a fire that he suspects was ignited by his charging e-bike battery.

UPDATE 2/3/19: Forbes reports that it is “unusual for electric bikes to catch fire” in their report on Stella, a Dutch E-bike company that suffered three fires in seven months.

E-BIKE FIRE TIPS YOU CAN USE TODAY

2. Don’t leave batteries on a charger once they are charged.

4. Don’t charge a battery in a confined space like a motorhome, RV, boat, automobile, van or shed.

5. Never charge a battery that has been dropped, damaged or dinged.

6. Never charge a battery in a hallway entry/exit.

8. Use only batteries recommended and approved by your bike’s manufacturer. Same with the battery charger.

9. Charge batteries on wire shelving with rollers. This allows an overheating or flaming battery to be quickly rolled away from structures.

10. If your e-bike makes a weird noise, feels hot, emits smoke or seems to be straining, stop riding. Do not load it in a car or put in the garage. Call 911. Any of these warning signs could mean a fire is eminent.

11. Look for the UL 2849 certified sticker on your next e-bike purchase.