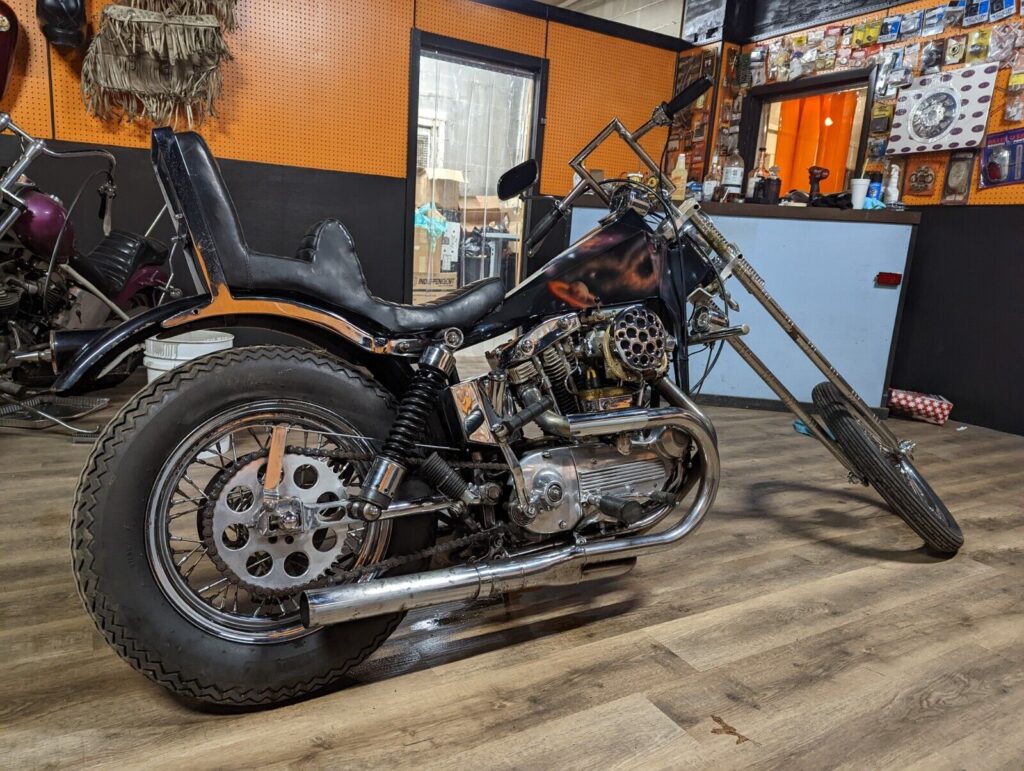 1966 Running When Parked Chopper Back On The Block – UPDATE

Update December 8, 2022: I love stories like this! The running-when-parked Harley-Davidson chopper I reported on last week sold on eBay for $5,800 on December 6th and then on December 8th, the same bike is back on the block. The bike is listed by Inline Fabrication. That is the same seller who first listed the bike. In other words, the “buyer” who bid $5,800 backed out of the deal. I’ll follow up on how the bidding goes this time.

Update December 6, 2022: This Running When Parked Harley chopper sold for a handsome $5,800 when the final bid was cast. Not being a Harley-Davidson mechanic, that is more than I would have bid. Hopefully the winning bidder knows his way around a Sportster and will get this bike rolling down the highway soon.

November 30, 2022: There are less than six days to act if you want to get in on the bidding for this 1966 Harley-Davidson Sportster chopper that was running when parked. The fine print says that the seller did get the bike to fire up with a squirt of gas and a handful of kicks (I’m always suspect about what “a hand full” really means. Five kicks? Or could it be more?). But once the bike fired, it didn’t run so great.

It appears the chopper is at a motorcycle shop. The owner should have paid the shop to get it running smoothly and if that is actually the shop, I’d be very weary. If the shop doesn’t want to invest the time to get this chopper running, there could be more issues.

I dig choppers, but this one doesn’t float my boat. I’m an old-school hardtail guy. If you like the looks, you gotta act fast. The current bid is at $5300 and it appears to have met the reserve so it is gonna move. Good luck to ya. Click on image to enlarge. WHAT IS A RWP?
The phrase “Running When Parked”(RWP) is code for a once treasured possession that has been neglected in the corner of the garage or tool shed for far too long. Lacking the energy, time or resources to bring the little beauty back to life, the owner lists it for sale in hopes that a new owner will massage it back to health. Our collection of RWP bikes fall into two distinct categories; treasure or trash. And you are the only one who can properly judge which category the bike belongs in.